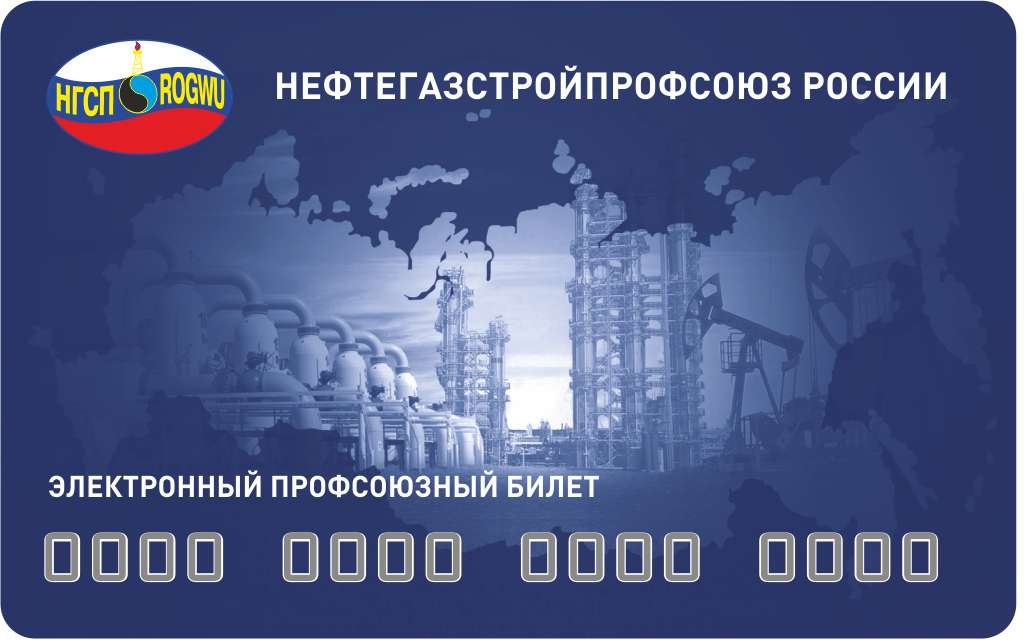 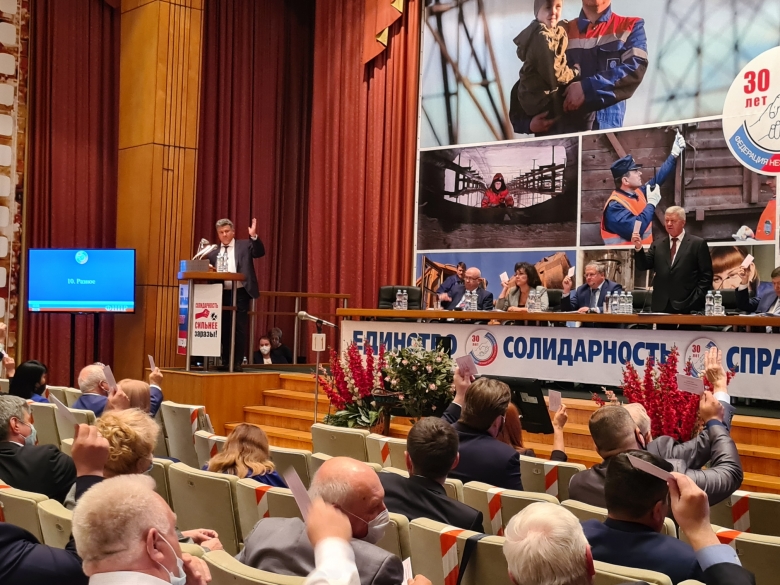 The Independent Trade Unions of Russia Federation General Board Assembly took place on the 18th and 19th of September.

The first part of the meeting, concluded on the 18th of September, accepted changes to documents regarding reports and elections in membership organizations. As such, changes to the Sample reports and elections in the Trade Union instruction and arranging and carrying out regional trade union association report and elective Conferences, as well as in the Process of emerging candidatures for the regional trade union association chairmanship.

In their speeches, General Board members noted the importance and relevance of the accepted document changes given that they will revamp the trade union report and election campaigns with online participance process and improve the process of employing and placing trade union members, also improving the efficiency of the workforce reserve utilization.

The FNPR General Board supported supported the ROGWU President Aleksandr Korchagin's suggestion to compose an appeal to the corresponding international trade union centers and federal government authority bodies regarding employee rights security given the potential political sanctions against Russia and the Nord Stream 2. The negotiations concluded with a unanimous decision to support the proposition of our Trade Union and assign the FITUR chairman Mikhail Shmakov and ROGWU President Aleksandr Korchagin the task of composing and directing an appeal letter to the corresponding authorities on behalf of millions of trade union members united by the federation.

A number of membership organizations coordinators have been awarded the FNPR badges: “For accomplishments in the field of Trade Union movement in Russia”, “For diligent labor in the Trade Union” and a FNPR honorary award for years of diligent trade union labor. 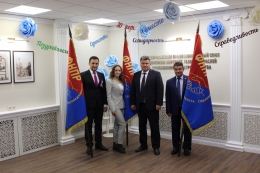 The part of the FNPR General Board Assembly was held on September 19th. It was entirely dedicated to the 30th anniversary of the Independent Russian Trade Unions Federation. The congratulatory letter from the Russian president Vladimir Putin, read by the FNPR chairman Mikhail Shmakov during the celebratory meeting, states that “recently FNPR has made a vital and substantial contribution to strengthening the very best of the trade union movement traditions and helped a great deal to strengthen the social partnership”. Russian State Duma speaker Vyacheslav Volodin and Prime Minister Mikhail Mishustin have also congratulated FNPR, with Mikhail Mishustin emphasizing that “The Government successfully cooperates with FNPR as a social partner in terms of the Russian trilateral social and labor relations regulations commission. Trade unions' opinion is a decisive argument in developing key programs and projects on a countrywide scale”. The international labor organization director-general Guy Ryder and the International Trade Union Confederation General Secretary and Georgia and Belarus partnerial trade union representatives have sent congratulations videos to the FNPR General Board delegates

Head of the ministry of labor Anton Kotyakov, Russian healthcare minister Mikhail Murashko, education minister Sergei Kravtsov, vice State Duma chairman Olga Timofeeva and Russian Union of Industrials and Entrepreneurs president, RTK employer coordinator Alexander Shokhin, all directly present at the celebratory meeting, have also made congratulatory speeches for the FITUR. Russian president administration representatives and State Duma chairmen also took part in the event. The tone of all the congratulatory speeches was the fact of acknowledgement of the national trade union center as the most important institution of Russia’s internal and external affairs.